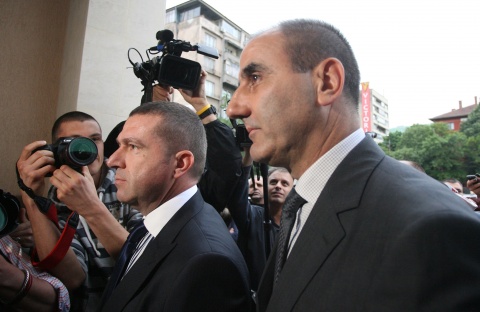 Menko Menkov, lawyer of former Interior Minister and current MP and Deputy Chair of the center-right GERB party, Tsvetan Tsvetanov, has suggested that the indictment against Tsvetanov was a hasty step.

In a Thursday interview for the morning broadcast of bTV, Menkov specified that Tsvetanov was not facing charges of illegal wiretapping, adding that the indictment accused him of "deliberately creating the opportunity for the other four defendants to commit offenses."

Tsvetanov's legal defender made clear that an expert analysis was yet to determine whether the Interior Ministry engaged in illegal wiretapping during the term in office of the center-right GERB government of Prime Minister Boyko Borisov.

"According to judicial logic, the expert's report should have come first, after which the prosecuting authority should have proved the other four defendants guilty," he reasoned.

Citing the presumption of innocence, Menkov emphasized that Tsvetanov was not supposed to prove that he was not guilty.