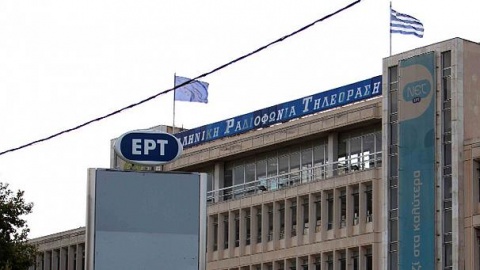 The Bulgarian state-run broadcasters have declared their solidarity with ERT, saying the citizens of Greece should have the right to be objectively informed.

“We are convinced that the national public radio and TV organizations are more important than ever in times of hardships,” the statement says.

The statement points out that the existence of independent public radio and TV broadcasters is among the foundations of democratic societies.

On Wednesday, EBU expressed profound dismay on behalf of Europe’s entire public service media community at reports that ERT – a founding Member of the EBU in 1950 – has been shut down with immediate effect.

In a letter sent today to the Greek Prime Minister, Antonis Samaras, the President of the EBU, Jean Paul Philippot and the EBU Director General, Ingrid Deltenre urged Samaras  “to use all his powers to immediately reverse this decision”.

The European Commission declared Wednesday that had not sought the closure of ERT. The Commission reminded that it supports the role of public broadcasting as an integral part of European democracy. However, the Commission also said it did not question the Greek Government’s mandate to manage the public sector.

“The decision of the Greek authorities should be seen in the context of the major and necessary efforts that the authorities are taking to modernise the Greek economy,” the Commission said in a statement.