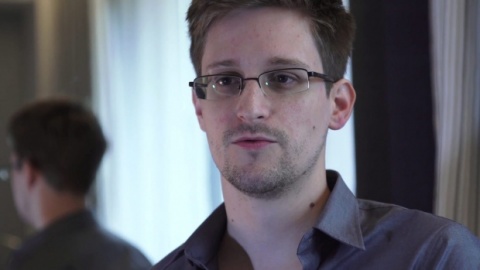 An ex-CIA employee who leaked details of US top-secret phone and internet tracking has disappeared from his hotel in Hong Kong.

Edward Snowden, 29, left the hotel hours after he declared that he had provided the secret information to several print media.

On his declaration Monday, Snowden said that US authorities would probably try to punish him for his actions.

According to the BBC, a spokesman for the US Office of the Director of National Intelligence said the case had been referred to the Department of Justice as a criminal matter.

Washington has signed an agreement with Hong Kong for Snowden's extradition. Analysts say the procedure is complicated and will take time. Intentional delay is also possible.

Hong Kong authorities have the right to arrest Snowden for a period of 60 days if Washington wishes so.

According to the Bulgarian National Television, Moscow declared that it would consider providing asylum to the ex-CIA employee.

So far, Snowden has only expressed interest in seeking asylum in Iceland.

Marine Le Pen, the leader of the French National Front, also urged Paris to provide a shelter for the American.

The first of the leaks came out on Wednesday night. The Guardian reported that a US secret court had ordered the phone company Verizon to hand over to the National Security Agency, NSA, millions of records of "metadata" phone calls. The metadata include the numbers of both phones on a call, its duration, time, date and location.

Last Thursday, the Washington Post and the Guardian informed the NSA tapped directly into the servers of nine internet outlets, including Facebook, Google, Microsoft and Yahoo, to track online communication in a program known as Prism.

Snowden wished to be revealed as the source of the leaks by the UK's Guardian newspaper.

He said he did not believe he had committed a crime: "We have seen enough criminality on the part of government. It is hypocritical to make this allegation against me."

A petition posted on the White House website is calling for Snowden's immediate pardon. It has so far gathered more than 30 000 signatures.

On the other hand, an opinion poll commissioned by the Washington Post suggests a majority of Americans support government monitoring of phone records if the aim is to fight terrorism. The US President Barack Obama has defended the surveillance programs, assuring Americans that nobody was listening to their calls.