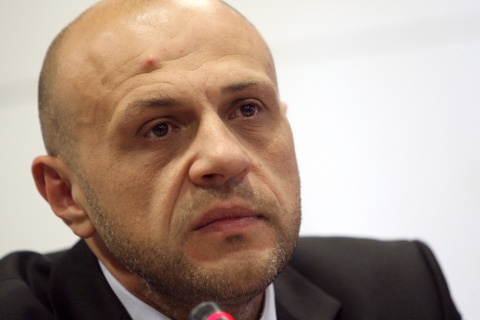 The center-right former-ruling Citizens for European Development of Bulgaria, GERB, party has argued it has fallen victim to a smear campaign.

GERB MPs and former ministers of the GERB government called a press conference Monday to refute allegations that Bulgaria was in a poor financial and economic situation, that it was about to lose EU funds, and that the preparations for the next programming period had been largely neglected.

Tomislav Donchev, former EU Funds Minister, suggested that the comments of the current government about the imminent loss of EU funds were a step aimed at insuring against upcoming failures.

"All of the resources have technically been contracted, Bulgaria has no halted operational programs," he stated.

Zinaida Zlatanova, Justice Minister and Deputy Prime Minister, declared Sunday that Bulgaria had been seriously lagging behind with EU funds absorption for the past year because the previous government had not done its job properly.

She blamed the previous center-right GERB cabinet for the lack of clearly defined priorities and strategic documents in key spheres like healthcare, e-government and improving the business climate.

Zlatanova also complained about the poor pace of EU funds absorption over the past year, stressing that Bulgaria was very likely to lose the funding for projects worth EUR 272 M.

In his Monday statement, Donchev argued that the GERB government had assumed office in 2009 against the backdrop of 0% reimbursed funds, domestic payments of less than 1% and 18% of contracted resources from the entire financial framework.

"At present we have 30% of reimbursed funds, 40% of domestic payments and 105% of contracted resources from the entire financial framework," Donchev stated.

Vladislav Goranov, former Deputy Finance Minister, argued that the claims that Bulgaria's public finances and the economy were in a deplorable state were "mildly exaggerated."

He accused the Bulgarian Socialist Party, BSP, of manipulative presentation of statistics on the implementation of the state budget.