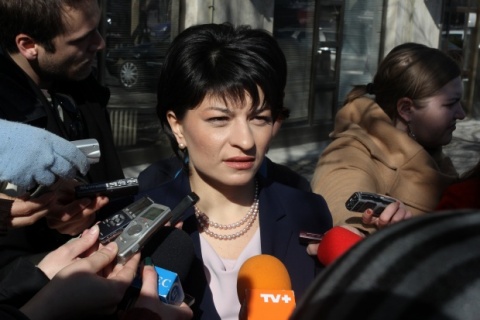 Bulgarian center-right opposition party GERB has reiterated its support for the existing full smoking ban in enclosed public spaces in the country.

“Our stance on smoking has not changed,” GERB lawmaker and former Health Minister Desislava Atanasova declared on Monday.

Atanasova said her party would vote against amendments proposed by the nationalist Ataka party which envision easing the ban.

She reminded that France was set to ban electronic cigarettes from public places, adding that Bulgarian Socialist Party leader and PES president Sergey Stanishev would have a difficult time explaining his party’s efforts to ease the full smoking ban to fellow Socialist Francois Hollande.

Atanasova dismissed the idea of holding a referendum on the full smoking ban, as she said it would be a waste of time and money.

Over 65 000 Bulgarians have joined an online petition in favor of keeping the existing full smoking ban in enclosed public spaces in the country.

The petition, which was initially launched in December 2012,  was revived last week by widespread reports that the new Socialist-led government would ease the ban that was introduced by the former GERB government one year ago.