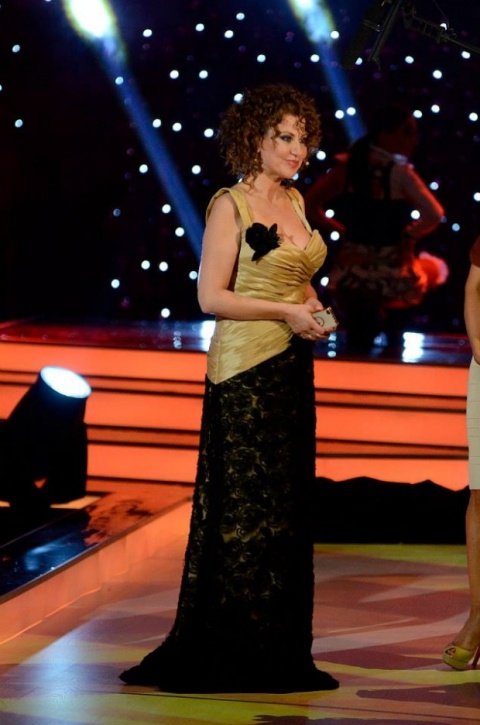 Iliyana Raeva is pictured here during the latest 2013 edition of the show "Dancing Stars", where she was part of the jury. Photo by BGNES

Bulgaria's former rhythmic gymnastics coach Iliyana Raeva, who set off on a political career earlier this year, says her newly minted party is getting support from Bulgarian communities all over the world.

This emerged over the weekend, when Raeva, speaking in an interview for Trud daily, announced she has already formed a 70-member initiative committee for officially establishing a new party, called “United Bulgaria”.

“The era of dirty politics in Bulgaria is coming to an end. People got tied of lies and tricks and want to be involved in real things. Bulgarians living abroad all over the world are calling me, pledging support.

I can feel their hope that what I am trying to do for Bulgaria is what all Bulgarians have dreamed about.”

“My aim is to unite Bulgaria. I believe I have the qualities and potential to do that,” Raeva said, adding that she will not rely on popular faces only to promote the new party.

Bulgaria's rhythmic gymnastics coach Iliyana Raeva unexpectedly submitted her resignation in the middle of September 2012, exactly one month after the final day of 2012 Olympic Games.

The girls, who headed for London to grab gold medals after making spectacular performances at the World Cup tournament, ranked at the disappointing sixth spot in the Olympic finals, saying the pressure was huge and they just could not cope with it.

Raeva however said her decision to drop the curtain on her coaching career, which features many fabulous moments, has nothing to do with the failure at the Olympic Games.

"I did my best, but I am not leaving because of the unsatisfactory Olympic ranking. I just want to do something new in my professional life."

As head of the country’s federation, she replaced Maria Gigova, who made it clear she will not run for another term at the prestigious post and who was frequently and harshly criticized by her successor.

Iliana Raeva, herself one of the Golden Girls of Bulgaria that dominated Rhythmic Gymnastics in 1980's, competed in modern rhythmic gymnastics for her country from 1978 to 1982.

She relied on style and artistry, rather than excessively complex moves, with her 1980 ribbon routine to Zorba the Greek and clubs routine to Tchaikovsky's Swan Lake, which remain outstanding examples of the sport.

She was appointed head coach of the Bulgarian national rhythmic gymnastics team in 2008.