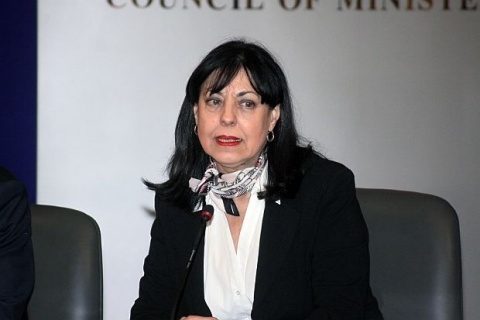 Eleonora Nikolova, head of the Center for Prevention and Countering Corruption and Organized Crime (BORKOR) at Bulgaria's Council of Ministers, photo by BGNES

Eleonora Nikolova, head of the Center for Prevention and Countering Corruption and Organized Crime (BORKOR) at the Council of Ministers, has called for steps to overcome alarming statistics showing that 98% of public procurement deals are won by 2% of the companies in Bulgaria.

In a Sunday interview for the Bulgarian National Radio (BNR), Nikolova explained that BORKOR had conducted an analysis of the weak spots in tenders paving the way for corruption schemes and the draining of public money.

Nikolova made clear that BORKOR proposed new tender rules and amendments to the Public Procurement Act in a bid to curb fraud.

She argued that the system-, process-, and person-related weak spots identified by the analysis of BORKOR was one of the main reasons for the growing poverty among Bulgarians and their inability to pay utility bills.

Nikolova boasted that BORKOR had drafted measures which would stem fraud schemes, leaving more money into the state coffers to be distributed more fairly among Bulgarian citizens.