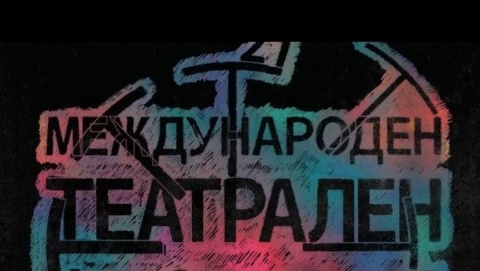 The US Ambassador to Bulgaria, Marcie Ries, has launched the international conference "Festivals: Culture industries and Creative spaces" in the Black Sea city of Varna.

The conference is held in the frame of the traditional annual Varna Summer Theater Festival.

Its first day was dedicated to the Bulgarian-American partnership in the sphere of theater.

Theater producers, people in the field, and critics from the US and Bulgaria were present at the event.

The co-organizers of the conference, Kalina Wagenstein from the "Art Office" Foundation and Nikolay Yordanov, co-director of International Theater Festival (MIF) "Varna Summer," opened it with welcoming words.

In recent years, MIF "Varna Summer" has become a platform for building creative cooperation between Bulgarian and American theatrical professionals.

"I have heard a lot about the Theater Festival "Varna Summer" since I came to Bulgaria last fall. I am very happy that I am here and I look forward to following the program for two days," said Ries at the beginning of her speech at the forum.

"Theater and culture as a whole play an important role in my work as the Ambassador," she emphasized.

According to her, diplomacy does not only consist of developing political relations but also involves building cultural dialogue that can help create mutual understanding at a deeper level.

"This is why we do what we can to introduce the Bulgarian theater in the US and the American theater in Bulgaria and to support the creation of a real dialogue," said Marcie Ries.

Special guests of this years' edition of the festival are longtime partners such as Roger Danforth, Artistic Director of the Drama League, New York; Elena Holly, Director of the Fringe Festival, New York, and Thomas Seller, Editor of the renowned US publication American Theatre Magazine. They are arrived in Bulgaria with the support of the American Embassy in Bulgaria in cooperation with the "Art Office" Foundation.

The conference "Festivals: Cultural industries and Creative spaces" will last until June 9. There, international and Bulgarian theater experts will discuss the role and the significance of festivals in contemporary culture.

The conference is further realized with the help of the State Institute of Culture, the Ministry of Foreign Affairs and the Municipality of Varna in order to support the candidature of the city as the European Capital of Culture.

This is the 21st International Theatrical Festival (MIF) "Varna Summer."

It is held traditionally from June 1 until June 12 in Bulgaria's Black Sea capital. It is the most important theatrical forum in Bulgaria.

The Minister of Culture Dr. Petar Stoyanovich launched the Festival on June 1.

"Culture has to open up to the modern mechanisms for financing and absorption of resources from different European programs," he said.

According to him, resources for culture in the national budget are highly insufficient, thus other mechanisms need to be sought. Stoyanovich emphasized that the NGO sector has to be attracted for the realization of projects. He said transparency in the use of funds was a mandatory element.

Nine out of the 14 plays in "Bulgarian Selection" and "Theatrical Showcase" were nominated for or won the theatrical awards "Ikar" and "Askeer" for 2013.

In addition to the two stages of the Varna Drama Theater, plays will also be hosted in the Archeology museum, two galleries and the Puppet Theatre.

For the eighth consecutive year, the Festival is supported by United Bulgarian Bank (OBB).

Varna plays are shown in the capital Sofia under the program "World Theater in Sofia" from June 3 till June 8 for the seventh time.

More on the Festival read HERE.