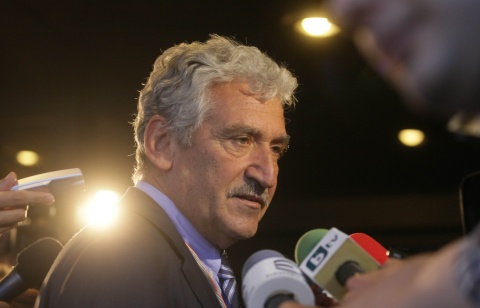 Krasimir Velchev, Deputy Chair of center-right party Citizens for European Development of Bulgaria (GERB), has argued that preparations are underway for the creation of a new parliamentary group consisting of MPs of the Bulgarian Socialist Party (BSP) and nationalist party Ataka.

The Deputy Chair of GERB, as cited by dnevnik.bg, made clear Thursday that the step would allow Ataka to become a truly oppositional party, while BSP would no longer face accusations of relying on the support of nationalists.

Velchev refused to comment on allegations of the socialists that the new parliamentary group would emerge from a split within the ranks of GERB.

Velchev's stamement came shortly after Bulgaria's Parliament adopted provisions allowing MPs to form a new parliamentary group after leaving/being removed from the ranks of an existing one.

The provision was approved with the votes of the Bulgarian Socialist Party (BSP) and the ethnic Turkish Movement for Rights and Freedoms (DPS) party, while the GERB MPs demonstratively left Parliament.

Asked why GERB had not voted against the provision instead of walking out, GERB MP Dimitar Glavchev noted that the party intended to only participate in votes directly concerning the agenda and incomes of common people.

He also suggested that the support of the nationalists from Ataka for blocking the proposal had been far from certain.

Glavchev also cautioned that he had seen DPS and BSP MPs voting with the cards of other MPs, adding that the introduction of voting by biometric verification was being delayed on purpose.

Earlier on Thursday, GERB leader and former Prime Minister Boyko Borisov stated that the MPs of the center-right party would stay away from Parliament's plenary hall, allowing "the three-way coalition to do whatever they want."

Borisov suggested that GERB would rule by meeting with common people and talking to them.