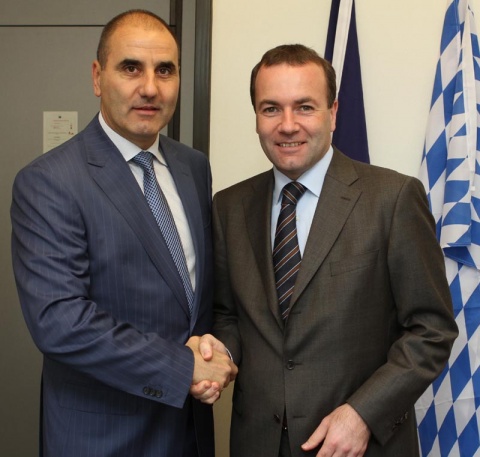 A number of European People's Party MEPs have expressed concerns about the current political situation in Bulgaria in a string of meetings with former Minister of Interior Tsvetan Tsvetanov.

Monday and Tuesday Tsvetanov is holding meetings with fellow EPP politicians at the European Parliament in Brussels.

Tuesday evening Tsvetanov is coming back to Bulgaria, upon which he is expected to give away his immunity as MP to face formal charges for abuse of power related to wiretapping during his term as minister.

The so-called wiretapping scandal, or "Bulgarian Watergate", shook Bulgaria only weeks ahead of the May 12 early general elections.

"It is manifest that Bulgaria's new tripartite coalition came to power with manipulation and tricks. Bulgaria's rulers have now started to engage in revanchism," stated EPP political group vice-chair Manfred Weber, according to a press release.

According to Weber, currently developed legislation intended to reform Bulgaria's law enforcement agencies "evidently support the restoration of organized crime to levels before 2009."

Fellow EPP MEP Michael Gahler has also expressed concerns at the planned reforms, which were already passed at first reading by parliament and envision the transfer of the Bulgarian police's anti organized crime unit to the State Agency for National Security (DANS).

According to Gahler, such reshuffles can threaten security not only in Bulgaria, but in the European Union as a whole.

MEP Veronique Mathieu has also joined the worries of her colleagues, saying that reforms might "render meaningless what the previous GERB cabinet has achieved in the fight against organized crime."

All three EPP MEPs congratulated Tsvetanov on the successes of the government he is part of and vowed to inform all EU institutions about the processes going on in Bulgaria.