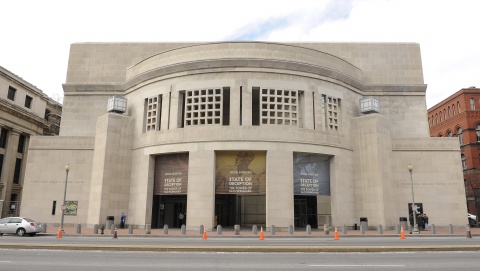 The Washington DC City Council has held a hearing with expert testimony on the issue with the request to name an intersection in the US capital after Bulgarian Member of the Parliament Dimitar Peshev, who is credited with helping save the country's Jews during World War II.

The information was reported Friday by the Bulgarian 24 Chassa (24 Hours) daily.

The issue with the street naming was raised in December by the Bulgarian Embassy in Washington DC in a letter to the City Council requesting it, in which the diplomatic mission presented in a very positive light the Bulgarians' attitude towards fellow Jewish citizens during WW II.

Last month, the issue stirred significant polemics as the Holocaust Memorial Museum in the US capital sent the Embassy a letter accusing Bulgaria of inaccurate accounts for its history during the Holocaust. It noted that the Bulgarian Embassy request was concealing the truth that Bulgaria was an ally of Germany during WW II and that 11 343 Jews were deported from Macedonia and Northern Greece, then under the administrative control of Bulgaria.

In a separate letter to the DC City Council, the Holocaust Museum underscored the complexity of Bulgaria's WW II history.

Bulgarian Ambassador, Elena Poptodorova, was quoted in saying at the time she felt deeply offended by the response.

However, the museum historian, who has spoken at Tuesday's hearing, has taken a softer stance in informing their experts were not disputing the merits of Peshev and his contributions, but just wanted fair representation of historical facts.

The Washington DC City Council Chairman has noted that at the beginning there have been opinions against the naming, but it was obvious that right now the opposition has subsided.

The Council is to make a decision through two votes and the procedure must conclude by mid-July.

During Warld War II, Macedonia and Northern Greece were occupied by German and Bulgarian armies.

Although Bulgaria had effectively controlled the regions immediately beyond its borders, German authorities, who were in charge, recognized only the Bulgarian military administration and not the civil one.

Bulgaria granted citizenship to all ethnic Bulgarians living in occupied territory, and to those of other ethnicity who wished so — except for the Jews.

The territories of Aegean Thrace, Macedonia and other lands controlled by Bulgaria during World War II were not considered Bulgarian; they were only administered by Bulgaria, but Bulgaria had no say as to the affairs of these lands; the orders came from Germany.

In contrast with the old Bulgarian territories, where widespread protests against the deportations took place, including petitions to the Sofia government, in Aegean Thrace and Macedonia such organized movements were lacking.