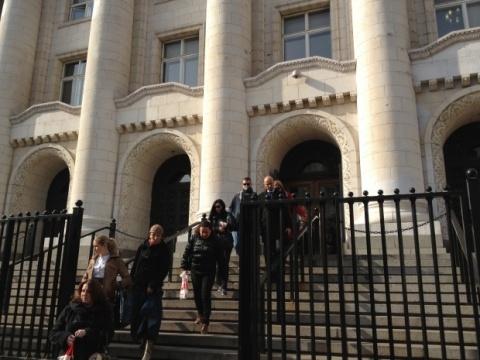 The main courthouse building in Bulgaria’s capital Sofia has been evacuated yet again due to an anonymous bomb threat.

An anonymous male claimed that an explosive device was placed in the Sofia City Court.
Police are currently conducting a search.

Local media have reminded that a hearing in a high-profile trial against controversial businessman Aleksei Petrov had been scheduled for before noon. The hearing has been postponed for 12 pm.

An increased number of bomb threats for shopping centers, courts and schools in Sofia and several other major Bulgarian cities were registered in the past several months. Sofia's main courthouse has been the target of anonymous bomb threats particularly often since the end of 2012.