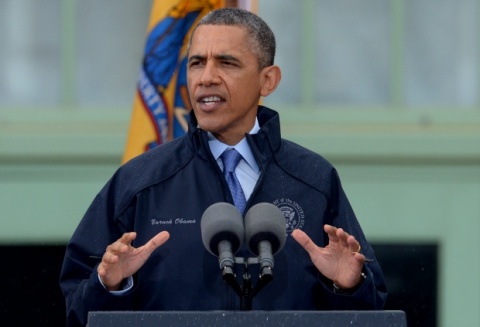 Authorities have intercepted a threatening letter addressed to US President Barack Obama that was similar to ones sent to New York Mayor Michael Bloomberg, according to US officials.

The US Secret Service said the letter to Obama was being tested by FBI investigators.

The letters sent to Bloomberg contained material believed to be the deadly poison ricin. The letters referred to his support for stricter gun control.

Ricin is one thousand times more toxic than cyanide. It can be fatal when inhaled, swallowed or injected, although it is possible to recover from exposure.