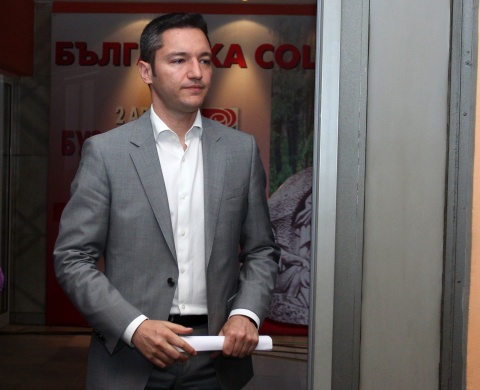 In a Tuesday speech to the German-Belgian-Luxembourg Chamber of Commerce, Oettinger emphasized that many EU members had ceased to function politically, suggesting that Bulgaria, Romania and Italy had become "essentially ungovernable."

"Bulgaria is an EU Member State with functional and legitimate institutions. This is why Commissioner Oettinger's statement causes bewilderment," Vigenin stated Thursday, as cited by the press office of the Foreign Ministry.

"I expect Oettinger, whom I greatly respect, to clarify this misunderstanding," Vigenin stated in conclusion.

"As the EC did not distance itself from the statement of the EU Commissioner, Ivaylo Kalfin, in his capacity as MEP from Bulgaria, decided to inquire about the reasons behind the statement of Commissioner Oettinger," the press office of the socialist MEP announced on Thursday.

"The Bulgarian MEP would also like to know whether the EC believes it appropriate for its official representative, regardless of their capacity, to make such statements on countries which are full-fledged EU Member States," the media statement said.

"I am deeply shocked by the remarks concerning Romania. I expect official, public and convincing explanations before any other comments," the Romanian Foreign Minister, Titus Corlatean stated earlier Thursday.

German government spokesman Steffen Seibert told journalists Wednesday that he was unacquainted with the context of Oettinger's remark, adding that "you will never hear expressions like this about Italy from the German government."

Romanian media reported that the German government had denounced Oettinger's remark on Italy, but not on Romania and Bulgaria.

Bucharest-based media outlets announced that the statement of the EU Energy Commissioner had prompted a wave of discontent in Rome, with Italian media demanding that Oettinger revise his statement or resign.