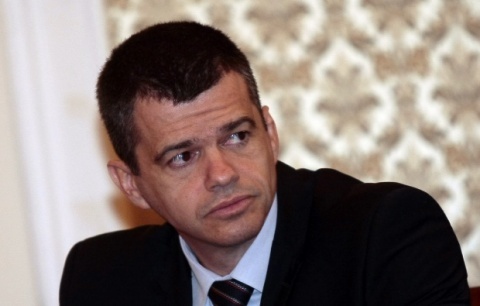 Kazakov grounded his decision on the fact DANS is a body under the Council of Ministries in charge of carrying out the government's national security policies, thus the new Prime Minister should be given the opportunity to select his own DANS team.

The new Bulgarian Cabinet with the mandate of the Bulgarian Socialist Party, BSP and former Finance Minister, Plamen Oresharski, as Prime Minister was approved in the Parliament and took the oath of office Wednesday.

Kazakov's resignation also came on the heels of reports that Bulgaria's police unit for fight against organized crime might be transferred to the State Agency for National Security, according to planned legislative amendments in the new Parliament.

The bill to transfer the Main Directorate for Combatting Organized Crime, GDBOP to DANS, has been tabled by MPs from BSP and the liberal ethnic Turkish Movement for Rights and Freedoms, DPS.

According to the new legislation, DANS's Director will be appointed by Parliament, which will also have a special committee to monitor the agency's activities.

Former DANS Director, Tsvetlin Yovchev, is the Minister of Interior in the Cabinet "Oresharski."

Exactly one week ago, the Deputy Chief of DANS, Dimitar Yordanov, resigned as well. Caretaker Prime Minister, Marin Raykov, explained the move stemmed from the scandal with leaked to media documents from the seizure by DANS and the prosecution of 350 000 election ballots from a printing house, suspected to be used to manipulate the vote.

It was reported earlier Thursday that Kalin Georgiev, Chief Secretary of the Interior Ministry, was ready to quit.