Bulgaria's New PM: We Must Stick to Right Path 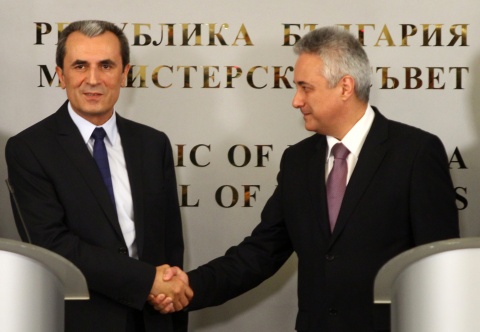 Bulgarian Prime Minister Plamen Oresharski has suggested that the new government may not succeed in making people rich but the most important task is to make sure that the country is on the right path.

"Over the past few weeks, my friends often asked me what kind of person would accept to become Prime Minister in this situation. I do not seem to have an answer today, at this very moment. But I feel that in times of crisis everybody should give their best, happen what may," Oresharski stated Wednesday after the official swearing-in ceremony of the new government.

He vowed that he and his colleagues from the Council of Ministers would do everything possible to defend people's interests so that at the end of their term in office they would be able to report better results than those of the caretaker government headed by Marin Raykov.

"We shall probably not manage to turn rich and prosperous but the minimum target should be to make sure that by the end of the government's term in office, all Bulgarian citizens have more hopes and confidence and we are on the right path, that by striving to achieve personal prosperity they are contributing to society as a whole," Oresharski concluded.

The new Prime Minister further vowed to keep Bulgarians posted about the developments at the Council of Ministers and the different ministers through the media outlets.