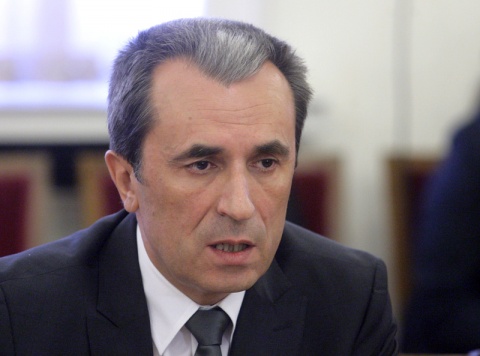 We need from all political formations, social partners, and civil society to give us an initial vote of confidence so that we can start working on our program, said Bulgarian Prime Minister Nominee.

Former Finance Minister, Plamen Oresharski, who was nominated for PM by the Bulgarian Socialist Party, BSP, spoke in the Parliament Wednesday, after it emerged that the needed quorum of 121 Members of the Parliament to vote on the new Cabinet proposal has been reached.

Oresharski thus presented to the MPs the structure and the team members of the new government.

Regarding shouts and laugher in plenary hall when announcing the name of Mariana Georgieva as Youth and Sports Minister, Oresharski backed his choice in stating the Ministry will focus on youth and integrated policies for physical education and sports, while the Children Agency might be transferred to this Ministry as well.

In the previous government term, Youth was under the authority of the Education Ministry.

The choice of Georgieva, who is a Professor of syntax at the Bulgarian Academy of Sciences' Bulgarian Language Institute, for Minister of Sports has raised a few eyebrows in the country.