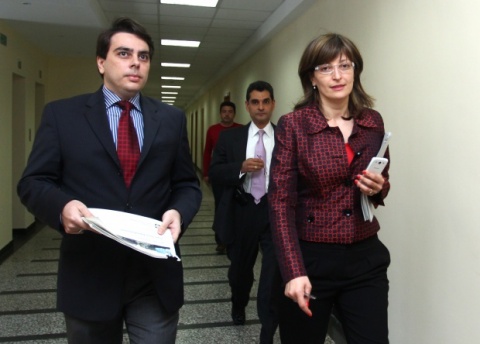 Bulgaria's caretaker government proposes to have the Parliament elect the members of the State Commission for Energy and Water Regulation, DKEVR.

The election should be made by more than half the Members of the Parliament voting "for."

The caretaker Cabinet presented Tuesday its ideas for changes in the energy legislation, while caretaker Economy and Energy Minister, Asen Vasilev, and caretaker Deputy Prime Minister and Regional Development Minister, Ekaterina Zaharieva, presented respectively the reports of the World Bank and the European Commission on the Bulgarian energy sector.

The caretaker Cabinet suggests dividing DKEVR into two sub-committees with three members each, with nominations made not only by MPs, but also by representatives of the civil society.

Other proposals include: publishing the CV's of the candidates on the Parliament's official site, public hearings of the candidates, public meetings of DKEVR, except in cases where classified information is discussed, and DKEVR determining its own budget, with the Parliament being the only body having the authority to change it.