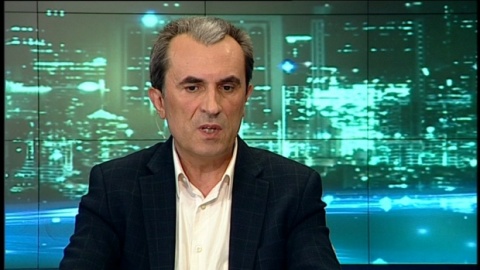 Bulgarian lawmakers will seek to end months of political uncertainty with a vote on a Cabinet proposed by the Socialist Party, the previous government's main opposition, which placed second in this month's election.

Ex-Finance Minister Oresharski will need a majority of the 240-member assembly to endorse his list of ministers tomorrow. With his party and its allies controlling 120 seats, he will need some lawmakers to stay away from the vote to take power given that former Prime Minister Boyko Borissov's Gerb party has ruled out a coalition with the Socialists.

The European Union's poorest nation, is struggling to emerge from political turmoil that started with anti-austerity protests that forced out Borissov's government in February and led to a snap election May 12. Bulgaria's new leader will need to balance between budget cuts to keep the country's finances stable and demands for higher wages and lower energy costs.

"The government's priorities, if we win approval, will be close cooperation with EU institutions and attracting foreign investment," Oresharski told reporters in Sofia today "The Cabinet is composed of experts, specialists in their field, who will have to do a lot of hard work in the next few years."

The yield on Bulgaria's euro-denominated bonds maturing in 2017 rose two basis points, or 0.02 percentage points, to 1.81 percent at 10:46 a.m. in Sofia today. The cost of insuring the country's debt against non-payment for five years using credit-default swaps rose two basis points to 109.

Oresharski's Socialists got a chance at forming a government after former Borissov's Gerb party won 97 seats in the election, falling short of the 121 votes needed for an outright majority, and failed to find allies.

Oresharski yesterday got the Socialist party's backing for his proposed list of ministers, which included his nominee for the finance minister job, Petar Chobanov, a former chairman of the country's financial regulator.

The Socialists, with 84 seats, agreed to form a coalition with the Movement for Rights and Freedoms, a party that represents the country's ethnic Turkish minority and has 36 deputies. Oresharski's 15-member Cabinet list includes one Movement nominee.

Attack, a radical nationalist party with 23 lawmakers, said it supports no one. It may help get a government approved by not registering for tomorrow's session, bringing the number of votes required for a majority to 110, the Sofia-based newspaper Pressa reported yesterday, citing unidentified officials.

Borissov on May 23 told reporters in Sofia that the coalition is "an unprincipled alliance of parties with irreconcilable differences."

He may also decide not to register Gerb deputies, which would drop the number of lawmakers present at tomorrow's meeting to below 120, rendering it invalid, according to Pressa. In that case, Attack may register one deputy to allow the proceedings to go ahead, it said.

Oresharski said he replaced Kalin Tiholov, a candidate to become minister of investment projects, with Ivan Danov, shortly before meeting the president today.