Who Is Who: Bulgarian Transport Minister Nominee Danail Papazov 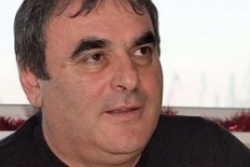 Papazov, 54, is a graduate of the N.Y. Vaptsarov Naval Academy in Varna. He later obtained a Business Administration degree from the New Bulgarian University in Sofia.

He worked for Ahrenkiel Shipmanagement, Hamburg, and as superintendent of the Varna-Novorossiysk ferry link.

Papazov has an experience of 10 years in sailing.

He has been Executive Director of Port Varna since 2001.

In 2011, Papazov was nearly endorsed for Mayor of the Black Sea city of Varna by the center-right GERB party, the main rival of the Bulgarian Socialist Party.