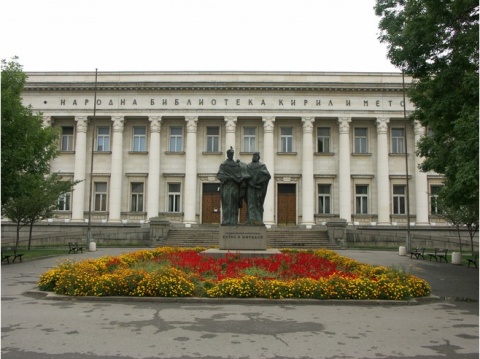 The monument of St. Cyril and St. Methodius before the Bulgarian National Library. File photo

Bulgarians from around the country and the world pay tribute Friday, May 24, to the legacy of Saint Cyril and Saint Methodius, the creators of the Cyrillic alphabet.

In Sofia, in the presence of senior state officials, members of academica and numerous guests, a solemn manifestation will walk from the Archaeological Museum to the statue of the two Saints in front of the National Library.

Several centuries later, Patriarch Evtimii launched a literary reform and updated the alphabet, assuming that words are expression of the divine essence of things.
Pope John Paul II proclaimed the two Sts Cyril and Methodius Co-patrons of Europe together with St Benedict of Norcia in 1980.