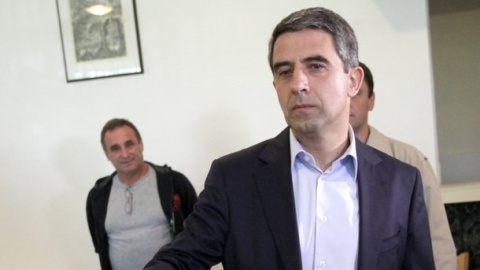 Bulgarian President, Rosen Plevneliev, is launching consultations on forming the new government with parliamentary represented parties on Thursday, May 23.

Plevneliev addressed the Members of the Parliament and the nation Tuesday, as the 42nd General Assembly convened for the first time.

He stressed that after the conclusion of the consultations, he would not delay even by a minute the handing of the mandate to form a new government.

"Let's find solutions for the crises, not deepen them. Beginning today, we have a working Parliament. I hope it will soon designate a Cabinet to undertake responsibility; a Cabinet of competent people with a clear program. I expect all institutions to work together to solve the problems," Plevneliev stressed.

May 23 is the last work day this week because on May 24 Bulgaria celebrates the Day of Slavic Script and Culture.

As the Constitution requires, the President must first offer the mandate to the largest party in the Parliament.

Most probably he will hand over the mandate to the recently ousted centrist GERB party of former Prime Minister, Boyko Borisov, which took a slight lead in the election results over their arch rivals – the Socialist Party.

If GERB fails to appoint a government within a 7-day deadline, then the mandate goes to the second largest party – BSP. If the Socialists fail or refuse to form a Cabinet – the mandate will be given to DPS, which came up third, and then – to the fourth and last formation to win seats in Bulgaria's 42nd General Assembly – the far-right nationalist Ataka.

If none of the four succeeds to form a government, the President has to appoint a caretaker government, and, with one single decree, adjourn the Parliament and schedule a new general election within 2 months of dissolving the Parliament.

According to the final CEC count – GERB + Ataka have together 120 seats and DPS + BSP – another 120 in the 240-seats unicameral Parliament.