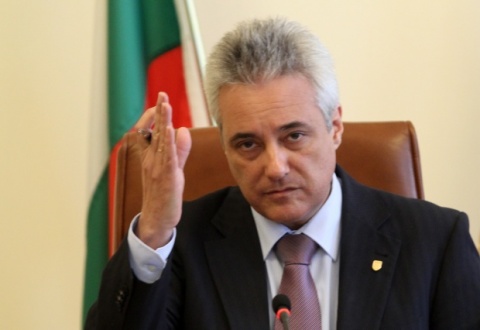 Bulgaria's caretaker Prime Minister, Marin Raykov, said Wednesday that the biggest problem in the country's energy sector was the surplus production of electricity.

Raykov spoke in the Parliament as the 42nd Bulgarian General Assembly, which convened one day ago, was holding its first work sitting, with the energy sector topping the agenda.

He said his Cabinet was on its way to tame the over-production, stressing the problems in the sector were not created just in the last four years during the rule of the Citizens for European Development of Bulgaria party, GERB, but in the last twenty years.

"We found a system with heavy disproportions and on the brink of collapsing over the surplus and the faulty methods to form prices. We have not done anything behind people's backs and nothing has been concealed," the PM said.

He gave the establishment of a public council at the Ministry of Economy and Energy as an example of the good work of the caretaker Cabinet.

Raykov noted that the State Commission for Energy and Water Regulation, DKEVR, has adopted three decrees for introducing a third energy package under the caretaker term, adding 200 energy contracts have been declassified and made public during this term.

He explained the overall fiscal state of the country's only Nuclear Power Plant, Kozloduy, was satisfactory, and even good with a profit of BGN 114 M in 2011 and BGN 146 M in 2012, and with the trend continuing in the first quarter of 2013.

The PM spoke in the aftermath of a fresh parliamentary drama as employees searched for him and the Economy and Energy Minister, Asen Vasilev, for 30 minutes to invite them to take the stand.

This prompted the usually silent Member of the Parliament from the ethnic Turkish party Movement for Rights and Freedoms, Delyan Peevski, to voice outrage by them not being in the Parliament for their scheduled hearings, saying Raykov was deriding the General Assembly. He demanding to have an ultimatum to summon him.

The leader of the far-right Ataka party, Volen Siderov, went even further and proposed to take his MPs to the Council of Ministries building to bring the PM by force.

Raykov appeared right when the MPs were mulling a 30-minute break to wait for him. He said he was late because he was not told about the hearing on time and was presiding over the Council of Ministers sitting.