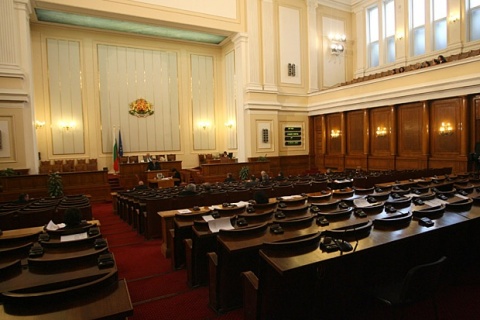 The 42nd Bulgarian General Assembly, which convened one day ago, is holding its first work sitting Wednesday.

The session starts at 9 am.

The agenda includes a hearing of caretaker Prime Minister, Marin Raykov, and caretaker Economy and Energy Minister, Asen Vasilev, on the situation in the energy sector and the thorny issue of electric power prices.

It is expected that the Director of the State Commission for Energy and Water Regulation (DKEVR), Evgeniya Haritonova, and the CEO of the National Electric Company, NEK, Krum Anastasov, would also be summoned.

The first item on the agenda is the election of an ad hoc temporary committee to establish rules for the work of the 42nd Parliament. The decision to have in it an equal number of Members of the Parliament from the four parliamentary represented political parties has already been made.

The MPs are going to appoint an ad hoc legal committee as well.