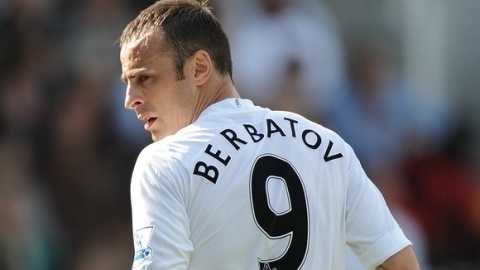 Bulgarian forward Dimitar Berbatov has been named Fulham’s Player of the Season for 2012/13.

Berbatov, who joined the Cottagers from Manchester United in August, took first place in the online voting, just ahead of Greek midfielder Giorgos Karagounis, with Sascha Riether third.

Berbatov said: “I want to thank all the fans that voted for me for the Player of the Season. It is a real pleasure to play at Fulham and I am enjoying my football very much, so to get recognised in this way is very special.

“Football is a team game and obviously this is for all of them too, as we have worked hard to play together and I look forward to many more matches alongside them.”

Berbatov is Fulham’s top Premiership goalscorer this season, netting a total of 14 times.

Sports » Be a reporter: Write and send your article
Tags: Dimitar Berbatov, Fulham, player of the season
Advertisement
Advertisement
Expats.bg All Are Welcome! Join Now!
Related Articles:
More from Sports