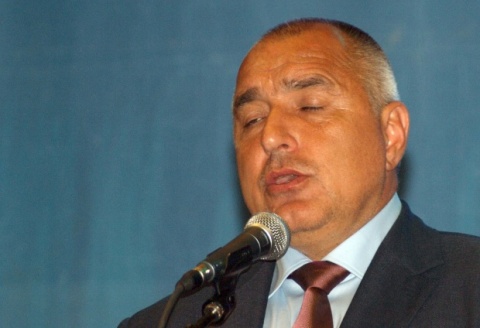 The "Watergate" scandal around former PM, Boyko Borisov, and his GERB party rule, is relentless in Bulgaria just ahead of the snap general elections. Photo by BGNES

A new scandalous recording of former Prime Minister Boyko Borisov has been received anonymously by the Balkanleaks platform, modeled after the whistle-blowing site WikiLeaks.

The journalists from the investigative site Bivol.bg report that in the recording the leader of the Citizens for European Development of Bulgaria party, GERB, and former PM could be heart talking about distribution of "political parties' quotas" in municipal companies and securing winning bids in public tenders for firms close to those in power.

Bivol, however, points out the above practices, described by Borisov, are scandalous, but it is unclear if he is giving advice to followers to apply them or is criticizing such practices used by other political formations.

The audio file has been accompanied by written, but unsigned notes, which give the impression they have been authored by someone from the services. They include alleged insider information about the prosecution probe in the unauthorized wiretapping masterminded by Borisov's Deputy - former Interior Minister, Tsvetan Tsvetanov.

The notes explain that the said audio file is a fragment of special surveillance devices, SRS, recordings, which have been destroyed illegally immediately after the prosecution announced it was launching the probe. The author lists the time and the date of the recordings' deletion as 4:45 am on March 29, adding the "clandestine" action has been ordered by Tsvetanov, who had been extorting the employees of the Interior Ministry's Technical Operations Unit, SDOTO. The letter also claims that the audio file has been recorded before the full recording was destroyed with amateur equipment which explains its poor quality.

According to the same letter , the full recording had a length of 25 minutes and was made during a secret meeting of GERB's elite in a hotel in the town of Pravets, owned by the CEO of Lukoil Bulgaria, Valentin Zlatev, in the eve of the presidential elections in October 2011.

"The full recording reveals that everyone is being spied on and the information is used to racketeer some businessmen to subsidize GERB; it also reveals how "politically correct" people are being hired in the boards of State-owned companies and structures, and how elections are manipulated, along with many other very curious things," the anonymous sender writes.

He or she further offer unknown until now details about the ways used by SDOTO and parallel structures (the State Agency for National Security, DANS, and former Interior Ministry's and intelligence agencies employees who have extensive knowledge about spying and use of spying equipment), to carry out the illegal spying, stressing Tsvetanov continues to eavesdrop, all while there was not even one SRS with his participation.

The author also claims that the infamous gray Chrysler minivan with six antennas on top, whose owner, Ivaylo Koychev, claimed them to be just his hobby, has been indeed used for spying. Koychev has been lending the vehicle to two other individuals, identified as Martin and Svilen, who were privately trained to use the equipment.

The text includes concrete names of people and businesses, such as Dimitar Tonchev, a SDOTO employee, who had been taking without authorization spying vehicles, and after the prosecution started its probe, has been using only private ones.

The author claims the traditional "bug" spying has been organized by Genadi Traykov, a former agent of the Communist State Security and former Interior Ministry employee, through his security company "Trio Stars." The decoding of 3G networks, the hacking of emails, computer files, and phones has been managed by Stanislav Bonchev AKA The Hacker.

A check conducted by Bivol shows that "Trio Stars" indeed belongs to Traykov, who owns 50% stakes in it, while The Hacker is the son of the couple owning the "Policart" printing offices, known to be often winning bidders in public tenders of the Interior Ministry. The Hacker's uncle owns another printing business, which is currently producing the ballots for the upcoming May 12 snap general elections.

Stanislav Bonchev is currently probed for attempting to use a false DANS employee ID card.

A similar letter has been received by the online media OFFNews. They have approached for an opinion the former Interior Minister, Nikolay Radulov, who has replied that the anonymous letter has been written by someone who was a "fan of scandals," and has been reading news in papers and on the internet, and compiled them to contribute to flaring the outrage further.

"There are private companies and detectives indeed, but they openly advertise their services. The language used is not typical for a former police employee," says Radulov.

Bivol sent all materials to the Prosecutor' Office.

The recording (in Bulgarian) can be listened to HERE.