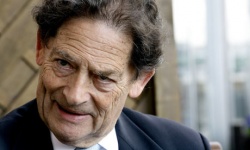 Lord Lawson, who was Margaret Thatcher's chancellor for six years, believes that leaving the EU would prove to be a wake-up call for business leaders. Photo by The Guardian

The British former chancellor of the exchequer, Lord Lawson, has urged the UK to leave the European Union, arguing that economic gains from an exit "would substantially outweigh the costs".

Writing in the Times, he describes the EU as "a bureaucratic monstrosity" and added that after an association with Brussels of 40 years "the case for exit is clear".

The peer - who was Margaret Thatcher's chancellor for six years - believes that leaving the EU would prove to be a wake-up call for business leaders.

He said that too many of them were content to be in "the warm embrace of the European single market" when the great export opportunities lay in the developing world, particularly Asia.

"The heart of the matter is that the relevant economic context nowadays is not Europe but globalisation. I strongly suspect that there would be a positive economic advantage to the UK in leaving the single market."

"The heart of the matter is that the very nature of the European Union, and of this country's relationship with it, has fundamentally changed after the coming into being of the European monetary union and the creation of the eurozone, of which - quite rightly - we are not a part."

For these reasons, Lord Lawson says, having voted to stay in the European Common Market, as the EU was known in 1975, "I shall be voting "out" in 2017".

"Not only do our interests increasingly differ from those of the eurozone members but, while never "at the heart of Europe" (as our political leaders have from time to time foolishly claimed), we are now becoming increasingly marginalised as we are doomed to being consistently outvoted by the eurozone bloc."

"You do not need to be within the single market to be able to export to the European Union, as we see from the wide range of goods on our shelves every day. The statistics are eloquent.

"The heart of the matter is that the relevant economic context nowadays is not Europe but globalisation, including global free trade, with the World Trade Organisation as its monitor."

Prime Minister David Cameron is facing calls to go ahead with a promised referendum on the UK's EU membership.