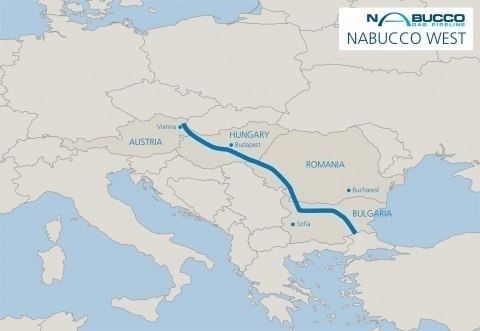 Nabucco Gas Pipeline International GmbH has announced the launch of the Open Season process for capacity booking in the Nabucco pipeline.

This first phase of the Open Season process offers potential shippers the possibility to register their interest in booking capacity in the pipeline and to request access to the Open Season documents, following which they can provide non-binding capacity bookings.

Reinhard Mitschek, CEO, Nabucco Gas Pipeline International GmbH, said: “As development of the Nabucco project continues, we are pleased to be able to announce the achievement of this highly significant milestone. Once constructed, the Nabucco pipeline will offer producers and shippers access to the growing markets of South Eastern and Central Europe, as well as augmenting their access to the Central European Gas Hub at Baumgarten. The Open Season process will be conducted according to the principles of open access and supply diversification”.

Frank Siebert, CFO, Nabucco Gas Pipeline International GmbH said: “The proposals laid out by the company are highly competitive, and commercially attractive. Based on ongoing discussions with producers and shippers, we have reason to be confident of a high level of interest in this phase of the Open Season process. The Open Season process will adhere to the highest standards of transparency whilst at the same time ensuring that information exchanged with potential shippers during the process is treated in confidence”.

The 1300-km pipeline Nabucco West is to carry Caspian gas from the Bulgarian-Turkish border to the Central European Gas Hub (CEGH) in Baumgarten and beyond. The project's current shareholders include the Bulgarian Energy Holding (Bulgaria), Botas (Turkey), FGSZ (Hungary), OMV (Austria), and Transgaz (Romania).