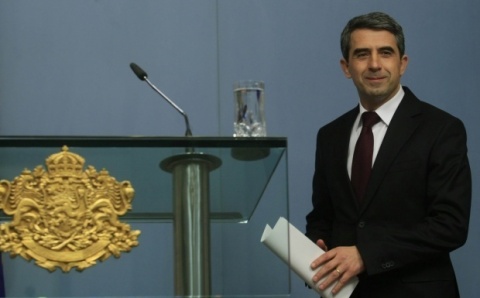 Plevneliev, who spoke on the occasion of the country’s Day of Army Valor, noted that Bulgarian experts have done a thorough research ahead of the anticipated purchase of fighter jets.

Bulgaria will enter the final phase of the initial preparation for the purchase within a month, the President said.

He noted that the next Parliament and government will have the final word on the deal.
“I want all figures to be made public and available for debate in Parliament,” Plevneliev pointed out, arguing that the public procurement deal should be transparent.

After the center-right Cabinet of former PM Boyko Borisov declared ambitious plans in 2009-2010, in 2011, Bulgaria's purchase of new jet fighters for its outdated air force became ever more remote, after in October 2012 Bulgaria's Defense Ministry admitted it would not be starting the tender in 2012, as it planned.

The delay was caused by the fact that instead of receiving a budget equaling 1.5% of the GDP in 2012, the Defense Ministry's total funding will amount to only 1.2% of the GDP.
Borisov’s Cabinet resigned amid massive protests against corruption and poverty in February, prompting Plevneliev to adjourn the Parliament, appoint a caretaker Cabinet and schedule snap elections for May 12.