Bulgaria's Health Minister: I Live with Idea of Being Spied On 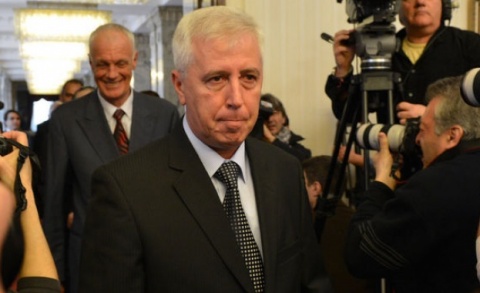 Bulgaria's caretaker Health Minister, Professor Nikolay Petrov, says he lives with the idea he is being spied on.

Petrov made the admission Saturday speaking before bTV. He said the unauthorized snooping made him more ambitious to do a good job.

Petrov labeled the raging "Watergate," scandal involving senior politicians and magistrates, "something ugly and dirty." He said no one could benefit from it.

The Professor, a former Head of the Anesthesiology Unit of the Military Medical Academy in Sofia, was firm the extension of the term of the caretaker Cabinet would not be a good scenario for Bulgaria and voiced hope the country will be able to form a government after the May 12 snap general elections.

"I am not a politician; I am an expert. Our term is short, and I will try to fix a number of things which could remain invisible. We are starting the Strategy for Healthcare Development 2014 – 2020. We will fund psychiatric care, emergency care, and diagnostics; we will make decisions about job competitions for hospital directors and preventive care doctors, and about the planned limits for hospitals, with the hope our successors will come and do the right thing," said he.

Petrov pledged to not make comments and revelations about the healthcare system once he leaves politics as it would be an unprofessional thing to do.

He admitted being outraged by the results of probes of Emergency and In-vitro Centers and some public renders.

The caretaker Minister explained he missed his work as anesthesiologist and his colleagues.

"I never lost a patient on the operation table. Sometimes, despite being under general anesthesia, people hear what is happening. The anesthesiologist's work is to make someone fall asleep, the awakening is the work of God," said Petrov.