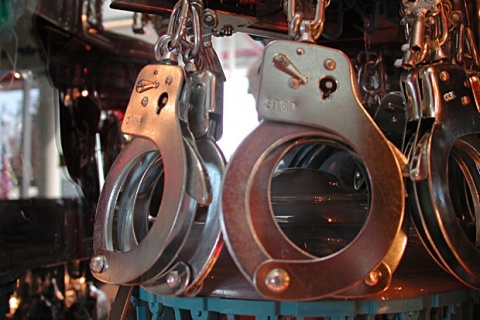 A man alleged to be a "vote merchant" has been arrested and jailed in the northwestern Bulgarian city of Vratsa. File photo

An alleged "vote merchant," who has been arrested in the northwestern Bulgarian city of Vratsa, is going to be kept under permanent detention.

The man identified only by his nickname "Turcheto" (the young Turk) was arrested on tipoffs he has been touring the Vratsa region offering people between BGN 100 and BGN 200 in exchange of selling their vote.

He has claimed he worked for a parliamentary represented political party.

The Vratsa Regional Court ruled to keep him behind bars on grounds he could hide or commit another crime.

The authorities have seized from Turcheto lists including the names and personal data of over 800 people and are probing a lead he is part of an organized crime network for "vote trading."

The man has refused any comments for the media.