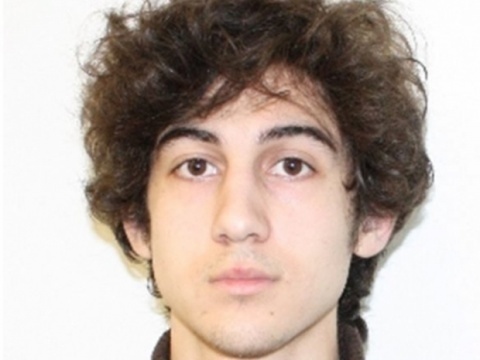 According to a fellow college student, Dzhokhar Tsarnaev has been very popular among his friends and the leader of the group. Photo by FBI

Dzhokhar Tsarnaev, the surviving suspect in the Boston Marathon bombings, has told investigators that together with his late brother they initially planned to attack the city's 4th of July Independence Day celebrations.

After finishing the pressure cooker bombs, they started touring Boston to find a suitable location and finally decided to blast the marathon on April 15 near the finish line of the race, killing three people and wounding 264.

It is unclear if they planned to target a specific Independence Day event, but Boston hosts major 4th of July festivities each year.

The 19-year-old also told interrogators that the two of them had initially considered suicide attacks, the New York Times reports.

Also according to the newspaper, Dzhokhar said he and his brother had listened to internet sermons by Anwar al-Awlaki, a US-born al-Qaeda suspect killed in a 2011 drone strike in Yemen.

The surviving brother faces a possible death sentence if convicted for his alleged role in the Boston attack.

Meanwhile, the body of Tamerlan Tsarnaev has been claimed by family.

BBC reports that a spokesman for the Massachusetts Department of Public Safety has confirmed a funeral home hired by his relatives picked up the remains on Thursday.

The suspect's widow, Katherine Russell, gave consent a day earlier for the body to be released.

His uncle Ruslan Tsarni, who lives in Maryland, said on Tuesday night the family would take the remains.

The FBI has removed evidence, including DNA samples, from the Rhode Island home of Katherine Russell's parents, where she has been staying since her husband's death.

Three of Dzhokhar Tsarnaev's college friends appeared in court on Wednesday, accused of obstructing the police investigation into the attacks.

US media have also published an account from an acquaintance of the suspects—a female student at the University of Massachusetts-Dartmouth who was once romantically involved with Dzhokhar.

The woman, who lived in the same dorm at UMass–Dartmouth as Tsarnaev during the 2011-12 academic year, told Mother Jones that she first met and had a "fleeting fling" with the bombing suspect during the fall of 2011.

Around the same time, she says, she met Tsarnaev's college buddies Kadyrbayev, Tazhayakov, and Phillipos.

Kadyrbayev and Tazhayakov, the woman said, were part of a group of about five Russian-speaking friends at the university whom Tsarnaev was never without.

"They all sort of idolized Jahar. Of the friends, Tsarnaev was the most popular and in touch with campus social life. I cannot speak to the nature of their relationship because of the language barrier, however I did observe that Jahar was always the leader in his group.'

Jahar is the name she and others knew the younger Tsarnaev by.