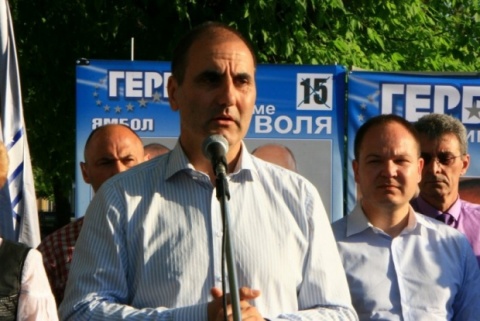 Former Interior Minister, Tsvetan Tsvetanov, is on a cross-country tour as head of the election headquarters of center-right party GERB. Photo by GERB

Three out of the four senior policemen who were charged in the scandal with unauthorized spying in Bulgaria have told the investigators they acted on the verbal orders of former Interior Minister, Tsvetan Tsvetanov.

The news was reported Friday by the Bulgarian Pressa (Press) daily.

The admission that the vehicles with spying equipment have been used on Tsvetanov's verbal orders makes him the main instigator of the illegal wiretapping.

Last Tuesday, the Sofia prosecuting authority announced that there was sufficient evidence indicating that Tsvetanov had committed a crime.

The testimony of the three policemen would not automatically lead to the dropping of all charges against them, however, the sanctions could be much lighter on grounds of collaborating with the authorities.

Their admissions also seriously change the situation with Tsvetanov as he now faces up to 8 years in jail if proven guilty and convicted.

Pressa further writes that the names of the three are being kept secret by the prosecution on grounds of preserving their safety.

Charges cannot be pressed against Tsvetanov since he is now running for Parliament, and therefore has immunity.

The cases against three former directors of the Specialized Directorate Technical Operations of the Interior Ministry (SDOTO), Sergey Katsarov, Kamen Kostov and Tsvetan Ivanov, and one Kostov's subordinate - Radko Dimitrov - are now frozen temporarily until the issue with the former Interior Minister's immunity is resolved.

Tsvetanov, who is on a cross-country tour as head of the election headquarters of center-right party GERB, said he will give up immunity after the May 12 snap general elections.

"I fully back Tsvetan Tsvetanov," Borisov said on Wednesday.

Kokinov resigned as city prosecutor and magistrate on the same day the recording was leaked.