President in US: Bulgaria Does Not Deserve Negative Image 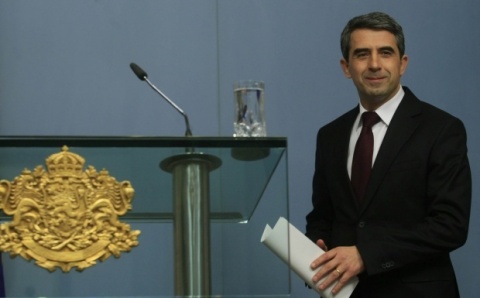 Bulgaria does not deserve the image of a corruption and crime haven, says President, Rosen Plevneliev.

Speaking at a forum in Washington DC, dedicated to transatlantic partnership, Plevneliev explained that from his own experience as former businessman, he learned that 70% of business success can be attributed to good communications and trust, which remained problematic for Bulgaria.

He reminded that a number of European politicians speak against Bulgarians, labeling them a threat for their social systems, in an attempt to increase their own popularity. He noted that at the same time, Bulgarians already residing in other countries pay taxes or tuition fees, contribute to local economy and scientific research.

"Bulgaria must showcase its success more actively. The Bulgarian nation is modest and conservative, we have achieved everything on our own; we never counted on outside help. We know our problems, we do not hide them and we work to find solutions. We have clear priorities and we know how to accomplish them," the President said in addressing the forum.

The participants joined around the opinion that Europe must become more "ambitious globally" as the time is favorable for reaching new trade and investment agreements with the US.

The forum, titled Transatlantic Bond in the New Era, was organized by the Institute for Cultural Diplomacy, the John Hopkins School of Advanced International Studies, and the German Fund Marshall of the US.

While in Washington, Plevneliev attended the celebration of the 100th anniversary of the Anti-Defamation League, one of the most significant organizations of the Jewish community in the US.

The celebration took place Tuesday at a gala dinner in the presence of representatives of the White House, the US Congress, NGOs and religious communities.

Plevneliev's participation in the event was seen as part of the commemoration of the 70th anniversary of the rescue of Bulgarian Jews in World War II.