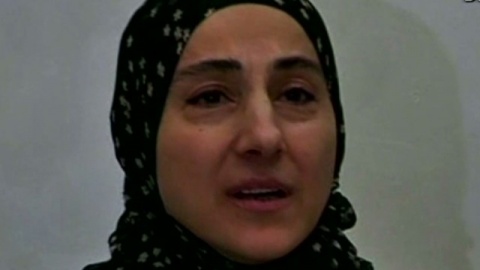 Russia has intercepted communication, in which Zubeidat Tsarnaev may have been talking to her son, a US official has said. Photo by CNN

Russia intercepted a communication between the mother of the accused Boston Marathon bombers and someone who may have been one of her sons "discussing jihad" in 2011, CNN reported, citing a US official with knowledge of the investigation.

This source described the conversation as vague.

The Russians turned over the intercept to the FBI in the last few days, the official said.

This source was not aware of a reason for the delay and did not offer an opinion about whether it would have given the FBI enough reason to justify a closer look at Tamerlan Tsarnaev, the oldest of the two brothers.

"That's an ongoing matter," Holder said. "I can't really comment on that."

CNN has previously reported that the FBI has said that it conducted an investigation - including an interview with Tamerlan Tsarnaev after Russia expressed concerns in 2011.

The FBI said at the time if found nothing to justify pursuing the matter further and that Russia did not respond to US requests for additional information.