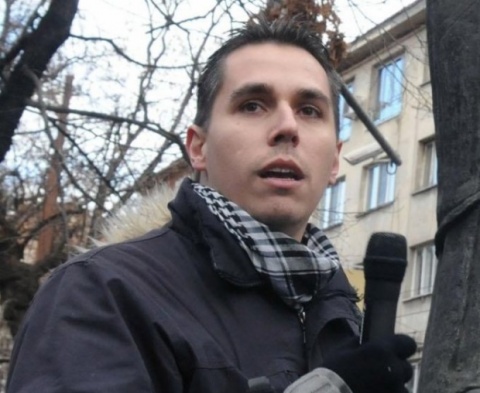 Only twenty people attended the protest rally in downtown Sofia against the illegal use of special surveillance devices and mass spying in Bulgaria.

The rally was held in front of the Council of Ministries building.

Prior to it, the organizers announced that representatives of political parties are banned from attending, and invited only common citizens.

The demonstrators stressed they were not disappointed by the scarce attendance as they deemed their provocation directed towards society and the political power a success.

Angel Slavchev, one of the so-called leaders of the recent mass protest rallies in Bulgaria against poverty, stagnation and political corruption and initiator of the Saturday protest, is quoted in saying the attendance simply showed that common people in Bulgaria have a different agenda.

"The common folk are not interested in illegal spying; they worry about being out of work, not having money for food, their unbearable utility bills, and bank loans repayment. However, for us, the leaked recording of a conversation between former Prime Minister, Boyko Borisov, former Agriculture Minister, Miroslav Naydenov, and already-former Sofia City Prosecutor, Nikolay Kokinov, is still a scandal. It is unacceptable for a party leader and a former Prime Minister to speak in such manner, said Slavchev.