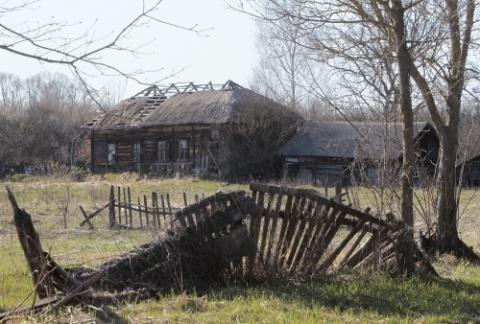 A picture shows an abandoned building in the deserted village of Paryshev, 25 km of the Chernobyl nuclear power plant, Ukraine. Photo by EPA/BGNES

On Friday, the world marks 27 years since its worst nuclear power accident, the Chernobyl disaster.

The Chernobyl took placeon 26 April 1986 at the Chernobyl Nuclear Power Plant in the Ukrainian SSR (now Ukraine). An explosion and fire released large quantities of radioactive contamination into the atmosphere, which spread over much of Western Russia and Europe.

The Chernobyl accident caused the largest uncontrolled radioactive release into the environment ever recorded for any civilian operation, and large quantities of radioactive substances were released into the air for about 10 days. This caused serious social and economic disruption for large populations in Belarus, Russia and Ukraine.

Several organisations have reported on the impacts of the Chernobyl accident, but all have had problems assessing the significance of their observations because of the lack of reliable public health information before 1986.

Chernobyl unit 4 is now enclosed in a large concrete shelter which was erected quickly (by October 1986) to allow continuing operation of the other reactors at the plant. A New Safe Confinement structure is due to be completed in 2014, being built adjacent and then will be moved into place on rails.

In August 2012, Russia declared the 30-km exclusion zone around Chernobyl safe and suitable for human habitation and farming activities.