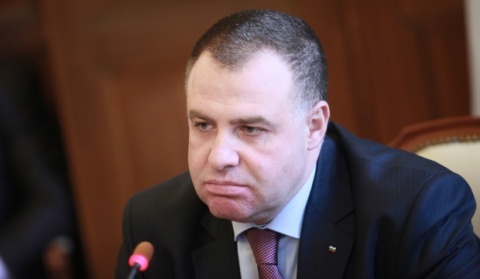 Miroslav Naydenov, former Agriculture Minister in the Cabinet of the Citizens for European Development of Bulgaria party, GERB, says he has been illegally spied on ever since he took office.

Naydenov made the stunning admission Thursday morning, speaking before bTV in his first interview after the prosecution charged him with corruption.

He denied the charges and insisted it has been a set up.

After being initially hesitant, Naydenov declared that former Interior Minister, Tsvetan Tsvetanov, had indeed been illegally snooping around and eavesdropping on ALL members of the Cabinet, along with President Rosen Plevneliev, possibly former Prime Minister Boyko Borisov, and many other senior officials.

The former Minister accused Tsvetanov of spying in order to blackmail everyone and eliminate all who would get closer to Borisov. He told "horror" stories of how Ministers and other high-ranking people would turn the radio on lauder and let water run in order to hush the bugs they feared were everywhere around them.

According to Naydenov, his colleagues in the Cabinet were terrified by the spying as they all, without exception, felt harassed and nervous.

He also stated that Borisov did not know about the illegal snooping.

"Tsvetanov, you know what you have done! I call on you to step down," the former Minister declared.

He further informed that like former GERB MP, Emil Dimitrov, he had sent his family abroad over fears for their safety.

Naydenov voiced firm belief in the prosecution, saying they would do their job and clean his name.