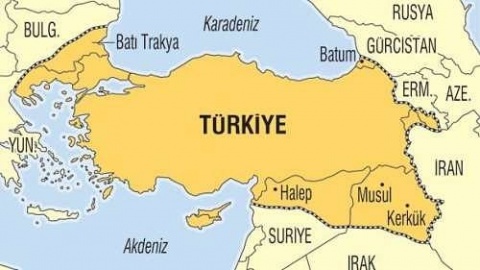 The map appears to “occupy” large territories of Bulgaria, among others.

Bulgarian Prime Minister Marin Raykov has strongly criticized the Turkish Milliyet daily for publishing an improvised map that appears to “occupy” large territories of Bulgaria, among others.

Milliyet recently published a map of what it described as “New Turkey”, with the territories going far beyond the actual borders of the country.

The Turkish paper’s article argued in favor of the establishment of a powerful new state within the former Ottoman Empire, according to Bulgarian media. The map includes much of Bulgaria and parts of Greece, Cyprus, Azerbaijan, Georgia, Syria and Iraq.

“I find the map published in the Milliyet paper to be absolutely scandalous,” Raykov told reporters on Wednesday.

“The map is so scandalous that it does not deserve a comment from a Prime Minister, but only his disdain,” he added.

Raykov pointed out that Turkey should not be held responsible for the publication.

“A country should not react to the writings of some newspaper,” he noted.

Raykov pointed out that similar provocations have been also made by media in other countries.