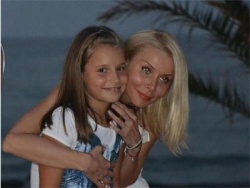 The abducted 10-year-old daughter of Bulgarian businessman Evelin 'Brendo' Banev, who is tried for drug trafficking in Bulgaria and Italy, has been returned unharmed.

Lara has been dropped of late Sunday night by her abductors near a police station in the southwestern Sofia Buxton district.

According to reports, she was in a state of shock, but had not suffered any injuries.

She has reportedly told the police everything she remembers from her ordeal, which began in early March.

Police have this far not officially confirmed Lara's return, but have said she is safe and sound.

It is not yet clear whether the family have paid a ransom for the child's return.