CNN: Boston Suspect May be Charged in Hospital Bed 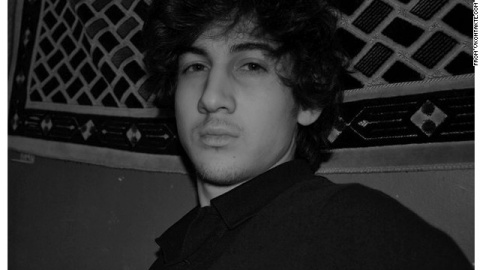 Dzhokhar Tsarnaev, 19, prime suspect in the Boston Marathon bombing is suffering gunshot wounds to the neck and leg and has lost a lot of blood. Photo by CNN

Dzhokhar Tsarnaev, the surviving suspect in the Boston Marathon bombings, may be charged at his hospital bedside Sunday, a Department of Justice official told CNN.

Because Tsarnaev is still in serious condition, a judge would likely come to the hospital to charge him, a law enforcement source said, noting that suspects who face federal charges are normally arraigned within 48 hours of arrest. Tsarnaev, 19, is currently unable to speak and is under heavy guard.

Authorities have not said publicly what charges will be filed, but a Justice Department official, speaking on condition of anonymity, told CNN he will face federal terrorism charges and possibly state murder charges.

Although Massachusetts does not have the death penalty, prosecutors could seek capital punishment at the federal level, the Justice Department official said.

"Given the facts that I've seen, it would be appropriate to use the death penalty in this case and I hope they would apply it in federal court," Sen. Charles Schumer, D-New York, said Sunday on CNN's "State of the Union."