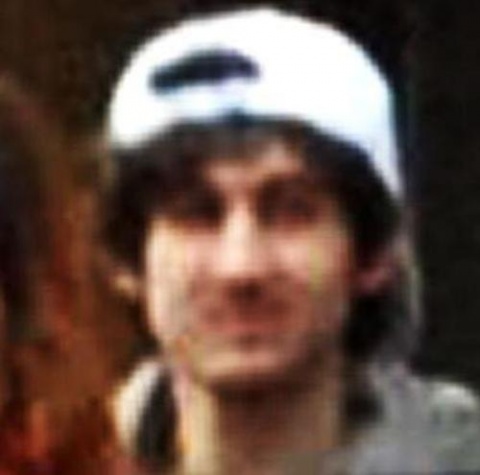 The surviving suspect has been allegedly identified as Dzhokhar A. Tsarnaev, 19. Photo by FBI

The two Boston Marathon bombing suspects are originally from a region near Chechnya, according to a media report.

The surviving suspect has been allegedly identified as Dzhokhar A. Tsarnaev, 19. Police are still searching for him.

The other suspect in the Boston Marathon bombing (the "black hat" one) died in hospital earlier on Friday.

Thw two suspects are believed to be brothers, who had lived in Turkey before coming legally to the United States about one year ago.

They lived in Cambridge, Massachusetts, and are said to be legal permanent residents, but are not students.

On Thursday, the FBI released photos of two suspects it wanted to identify as part of the investigation into Monday's Boston Marathon bombings. CCTV captured the two men, one wearing a dark-coloured baseball cap and the other a white cap, near the scene.

The two men are suspected of killing a police officer on campus at the Massachusetts Institute of Technology (MIT) late on Thursday.

They then stole a car at gunpoint and drove away with the car's owner still on board.
They later released the driver unharmed.