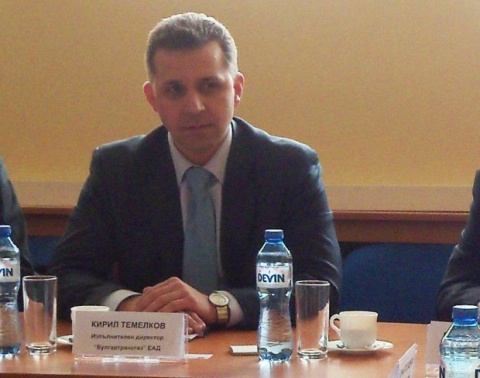 A procedure for filling the entire capacity of the Ruse-Giurgiu section of the Bulgaria-Romania gas grid interconnection, which is currently being built, will be announced in May, according to Kiril Temelkov, CEO of state-owned gas transmission operator Bulgartransgaz.

Bulgaria's Bulgartransgaz and Romania's Transgaz are implementing the project which is to allow a diversification of gas supply sources away from Russia's Gazprom.

Stressing the importance of the energy diversification project, Temelkov, as cited by mediapool.bg, reminded that the gas grid interconnection had been granted co-financing of EUR 8.9 M by the European Commission

Temelkov argued that the construction of the gas grid interconnection proceeded according to an optimized schedule after a discovery of a necropolis on the route of the Bulgarian overland section near the Danube town of Marten in end-2012 delayed the activities.

The CEO of Bulgartransgaz informed that the construction works for the 2.5km undersea section of the pipe had started in March and the pipe was actively being built, with plans to launch the gas grid interconnection in mid-2013.

He said that the search for suppliers of natural gas for the pipe was expected to start with the launch of the so-called open season.

Temelkov noted that the launch of the open season would be preceded by an approval by the State Commission for Energy and Water Regulation (DKEVR) of Bulgartransgaz' rules regulating access to Bulgaria's gas grid and the company's internal rules on holding open seasons.

He informed that the pipe would have different capacities for gas transmission from Romania to Bulgaria and in the opposite direction.

He added that gas suppliers had already shown interest in using the Bulgaria-Romania gas grid interconnection.