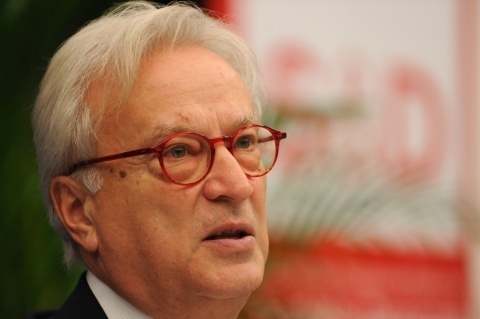 The wiretapping scandal began on March 28, when Sergey Stanishev, leader of the Bulgarian Socialist Party, submitted a tip-off to Chief Prosecutor Sotir Tsatsarov about illegal wiretapping of politicians, businessmen and magistrates which had taken place while former Interior Minister Tsvetan Tsvetanov was in office.

Bulgaria’s prosecuting authority announced Monday that it had uncovered a series of violations at the country’s Interior Ministry allowing unregulated wiretapping.

"It is shameful that Bulgaria, as a member of the European Union, has been governed by an administration which clearly violated – with the help and knowledge of the Bulgarian police – the rights and privacy of a large number of people,” Swoboda has said in a statement.

"I urge the former interior minister, Tsvetan Tsvetanov, to resign from his position as campaign manager of GERB…without delay,” the S&D group president has declared.

“I think it is obvious that he has also lost the credibility and legitimacy to hold political office in any future Bulgarian administration.”

Swoboda has stated that former Prime Minister Boyko Borisov's declaration of his full support for Tsvetanov following this new information “highlights the lack of democratic values in his party.”