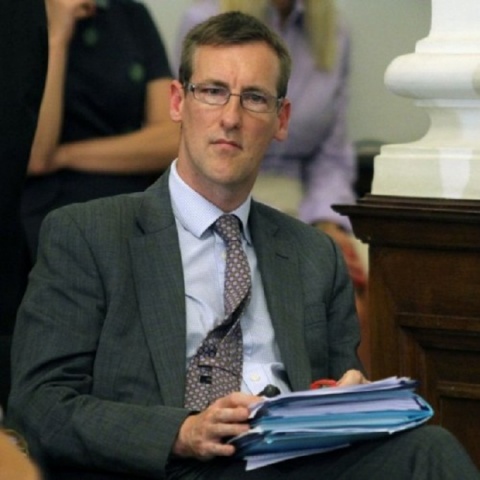 The European Commission's Spokesperson Mark Gray refuses to make comments on illegal "spying" in Bulgaria until the conclusion of the probe. Photo by EPA/BGNES

All questions regarding the use of special surveillance devices in Bulgaria must be addressed to the Chief Prosecutor, according to the European Commission's Spokesperson Mark Gray.

Speaking Tuesday in connection with the latest illegal wiretapping scandal in the country, already known as the "Bulgarian Watergate," Gray stated he would steer away from speculations until all facts are established.

He added he would not make assumptions while the probe was ongoing, stressing Brussels has not received any documents, just verbal information from Chief Prosecutor, Sotir Tsatsarov.

Gray pointed out EC has voiced its alarm, remarks and recommendations in the annual report on the country's Home Affairs and Justice System under the Cooperation and Verification Mechanism, CVR.