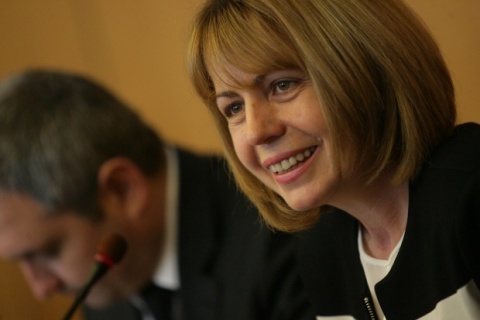 The Mayor of Sofia, Yordanka Fandakova, photo by BGNES

Sofia residents are staging Sunday a protest rally against the heating utility and other municipal companies.

The rally will be held in front of the City Hall building.

The demonstrators insist on individual contracts with Sofia's Toplofikatsiya heating utility, monthly checks of used heating energy with individual meters, and elimination of the so-called "estimated use."

These demands have already been sent in writing to the Mayor of Sofia, Yordanka Fandakova, and the members of the Municipal Council.

Other demands include auditing ASAP the municipal companies "Center for City Mobility," "Sofia Properties," and "Ecoravnovesie," (the latter deals with stray animals in the capital).

Another rally, under the motto "The People against the Oligarchs," will also be held in Sofia Sunday, starting at 11 am. The gathering point is the building of the Ministry of Economy and Energy.