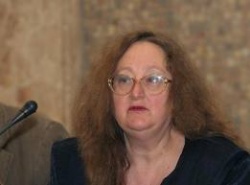 A 2004 murder case, in which the son of then Libyan Ambassador in Sofia has been the prime suspect, has been "crushed" and "buried" by Bulgarian magistrates.

The claim was made Malena Filipova, a prosecutor in the Supreme Prosecutor's Office of Cassations, VKP, speaking for Nova TV.

Until recently, Filipova was the Head of the VKP Inspectorate.

Following a probe, ordered by Chief Prosecutor, Sotir Tsatsarov, the latter called for her dismissal on grounds she had halted certain cases, pressured colleagues, and requested from the National Agency for State Security, DANS, and the Interior Ministry to spy on them.

In the TV interview, Filipova firmly rejected all of the above, explaining it has been her duty to be aware of and control some cases, and under certain circumstances – ask DANS and the police to check on them.

On accusations she kept particular files locked in her personal safety vault, the prosecutor explained she did it because they contained classified information, sensitive information, and completed probes against senior magistrates exonerating them, all of which she did not want to be leaked to the media.

Filipova further revealed that the unresolved murder case of a young Moroccan woman in Sofia, likely committed by the son of the Libyan diplomat, could have turned into the key to free Bulgarian medics from Libyan jail as early as 2004.

"If this case hadn't been crushed and concealed, Bulgaria could have asked for some exchange of prisoners," she said, adding there were many people interested in keeping her silent as she was one of the most informed individuals in the country when it came to corruption among the judiciary.

"I fear for my freedom and my life; I fear that someone could pay for some incident that would happen with me," Filipova stated.

She was also accused recently of providing cover-up for Miroslav Naydenov, former Agriculture Minister from the Cabinet of the Citizens for European Development of Bulgaria party, GERB, as it was rumored that he took care of her beloved dog.

In March, Naydenov, a former veterinarian, was charged with corruption.