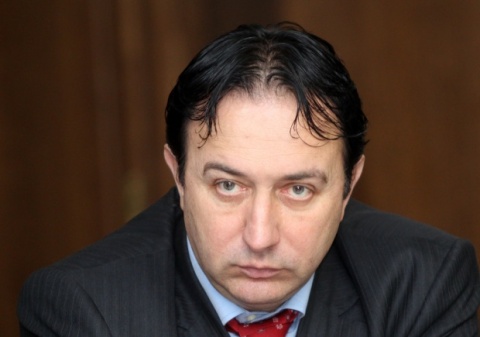 Deputy Sofia City Prosecutor, Roman Vasilev, has submitted his resignation, but Chief Prosecutor, Sotir Tsatsarov, has rejected it, according to a press release of the Prosecutor's Office.

Tsatsarov grounded his decision on the results of the speedy probe of the Supreme Judicial Council, VSS, in allegations Vasilev has committed abuse of office in requesting the use of special surveillance devices, SRS, in the case against former Defense Minister, Nikolay Tsonev, former Chief Secretary of the Finance Ministry Tencho Popov, and Judge Petar Santirov.

The probe has established that Vasilev had not misled Tsatsarov in his capacity of Chair of the Plovdiv Regional Court to issue a permit for the use of SRS on false grounds – by claiming Tencho Popov was planning to commit a crime (offer a bribe) on Plovdiv's territory.

According to the results, it was likely that the Deputy City Prosecutor has been himself misled by agents from the State Agency for National Security, DANS, who gave him information about Popov preparing to offer the bribe in Plovdiv.

In addition to Vasilev, the investigators from VSS have questioned Tsvetlin Yovchev in his capacity of former DANS Chief and special agent Ivan Moskov, and have examined a number of records in the case.

The probe came in connection with an article published by journalist Boris Mitov from Mediapool, reporting that Vasilev had presented false information in requesting the use of SRS in the case against the former Defense Minister.

It also emerged that during the trial against Tsonev the judges' panel requested information from the Interior Ministry and DANS, and both institutions failed to confirm there have been any tipoffs about a meeting in Plovdiv.

Just one day earlier, Tsatsarov stated for the media he has been indeed misled by Vasilev.