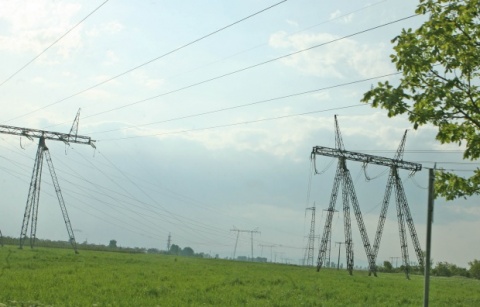 The report of Bulgaria's State Commission for Energy and Water Regulation (DKEVR) from July 14, 2010, which draws attention to irregularities at power distributors, is 600-pages long and its summary is 30-pages long.

Speaking Friday during the morning broadcast of private TV station bTV, bTV journalist Dimitar Anestev commented on the newly published document from 2010 describing in detail how the three power distributors functioning in the country at that point had sidestepped the Public Procurement Act to redirect profits to parent companies through external services.

The document, which was uncovered by bTV a few days ago, suggests that prosecutors may have provided a cover-up for the fraud schemes of power distributors for three years.

The document, signed by then-DKEVR Chair Angel Semerdzhiev, provides a summary of the first regulatory audit conducted by the energy watchdog at power distributors CEZ, EVN and EON for the period 2005-2009.

"The document describes schemes for draining companies through subsidiaries. Power distributors outsourced all their activities to subsidiaries. The report is 600-pages long and the summary is 30-pages long" Anestev explained Friday.

He made clear that the document contained formulas, concrete figures and details about breached terms of the licenses of the power distributors.

The journalist explained that the infringements had been registered in the period 2005-2009.

"DKEVR issued 23 statements of offence to the power distributors, which, however, did not stand up in court due to formal flaws," Anestev specified.

He suggested that the prosecutor assigned to the case, Snezhana Kopcheva, had exculpated the violations of the energy companies.

Anestev noted that the prosecutor's office had sought to detect violations but had not come up with a statement on the issue of withdrawing the licenses of the power distributors.

Anestev claimed that the conclusions of the recent report of the prosecuting authority compiled after an inspection at the companies coincided with the conclusions drawn in the report from 2010.

He noted that new report contained updated figures and the main difference with the 2010 document was that this time the prosecutors had reached the conclusion that there was sufficient evidence of a crime.

He explained that the 2010 alerts contained sufficient evidence to launch a lawsuit but they also contained information which was beyond the competence of the prosecuting authority.

The power distributors operating in Bulgaria attracted wide discontent in February as people took to the streets to protest the high electricity bills.

The February protests resulted in the resignation of the center-right GERB government and calls for the withdrawal of licenses of power distributors.