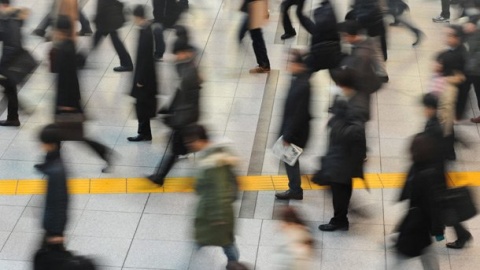 According to an expert report, the share of jobs in different sectors has a negative effect on the Bulgarian economy. File photo

Nearly half of all registered businesses in Bulgaria (46%) don't have even one single employee in addition to the owner.

The information comes from a report on key macroeconomic indicators provided to caretaker Prime Minister, Marin Raykov, by the Bulgarian Industrial Association, BIA.

The data further shows that due to the economic crisis and the bad business climate, 350 000 job positions have been closed, along with another 112 000 self-employed people who are out of work.

According to BIA, the share of jobs in different sectors also has a negative effect on the economy as 58% of employed people in Bulgaria are in the service sector, trade and farming, 26% in the industrial sector, and 16% work for State and local administrations with the trend constantly worsening.

BIA's report further notes that Bulgaria is not undertaking any measures to stop the practice of constantly-increasing export of national revenue. The detailed analysis of data from the business registry shows not only economic malformations, but the incapacity of the administration to even identify them.

By using data from sales, profits, and employment in the top 10 enterprises in Bulgaria with the highest sales revenues in each sector of the economy, BIA experts conclude that there is a significant increase of revenues in fuel trade, the manufacturing and mining industries, all while sales are crashing.

In the construction sector, the report also notes a clear indication of trading influence over the unexplainable huge increase of sales of particular companies, despite the overall collapse of the sector, along with a significant discrepancy between the sales increase and the declared profit.

The same trend – significant increase of sales together with increasing losses – is observed in retail trade.

"Such pathological trends in the country's biggest enterprises are indicative of the creeping negative processes," BIA concludes.